SKU
1781
In stock
Processing
1 - 2 Business days
Regular Price $25.16 Special Price $23.27
$ USD
Description
Each set of Bee-Bot and Blue-Bot Command Cards comes with 88 brightly-colored, laminated cards that stand up to long te More details
Add to Compare Add to Wish List Add Your Reviews
Skip to the end of the images gallery
Skip to the beginning of the images gallery 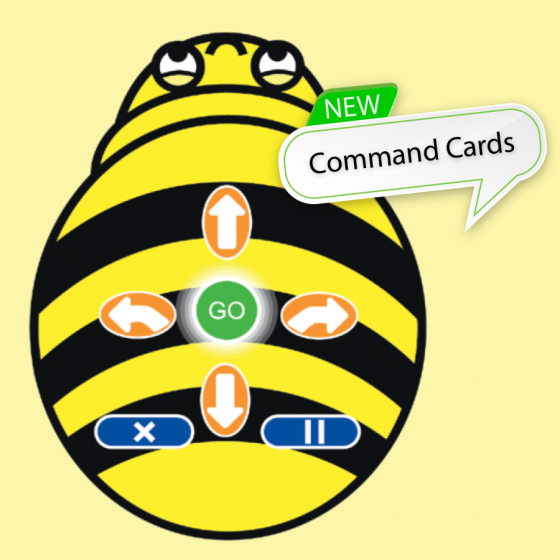 Product Description
Each Bee-Bot / Blue-Bot command card pictures one of the 'bot control keys on one side and an image of a Bee-Bot with the same key highlighted on the other. Children can use the cards to record their command sequence as they push Bee-Bot and Blue-Bot's buttons. Command cards provide a visual record of the planned program that students can follow as it is executed. Cards may also be used to create games and challenge young learners.

Each set of Bee-Bot / Blue-Bot Command Cards comes with 88 brightly-colored, laminated cards that stand up to long term use and include the following:

Features
No
Related Posts
No
Technical Specifications
No
Content
Each set contains: